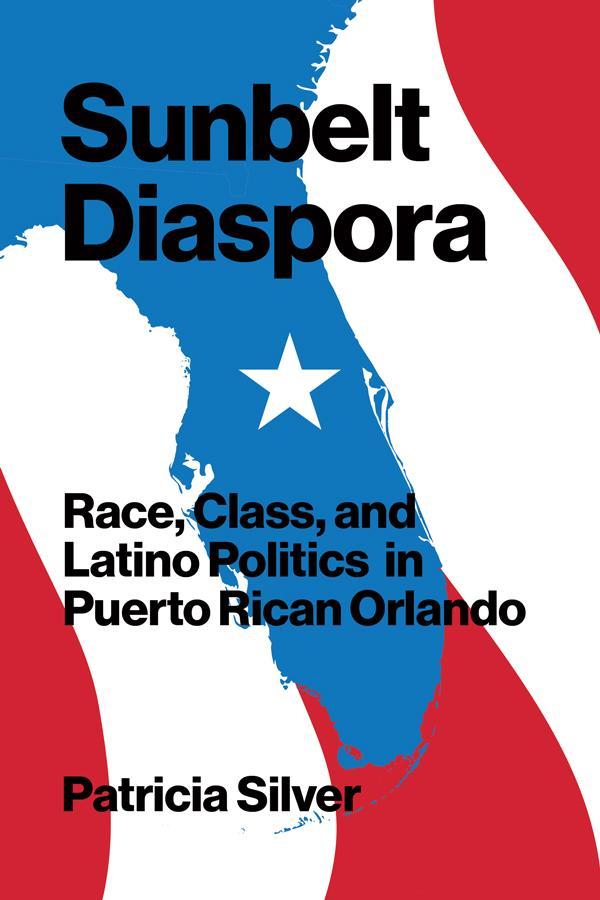 Sunbelt Diaspora: Race, Class, and Latino Politics in Puerto Rican Orlando offers an anthropological approach to political questions about how social difference affects collective identification and political practice. Data and evidence analyzed in the book come from over 10 years of ethnographic, oral history, and archival research. The author was also a contributing witness to a federal lawsuit against Orange County, Florida, for diluting the Latinx vote in local Orange County elections, which provides the book's culminating ethnographic moment.

Although Latino politics in Florida has long been about Cubans in South Florida, in Central Florida it is Puerto Ricans who count for about one half of the population that the Census groups together as “Hispanic or Latino.” Sunbelt Diaspora explores differences of race, class, archipelago, and diaspora experience among Orlando Puerto Ricans, as well as between Puerto Ricans and the others who make up the area’s Latinx population. It asks what constitutes community and how criteria for membership is negotiated amid what Cristina Beltrán has called “the incomplete and agonistic ‘we’” of Latino politics.

Orlando is an increasingly diverse Sunbelt city, but it is also a place with a sociopolitical past written in white and black, where late 20th-century neoliberalism encountered an already-present historical foundation of entrepreneurial and individualist approaches to capitalist accumulation. Puerto Ricans and other Latinxs bring their own perspectives on racial identification and class relations—from their multiple places of origin—to this locally specific and historically grounded race-class dynamic. The book examines the challenges to and strategies for Latinx, and especially Puerto Rican, place-making in a Sunbelt city.

Sunbelt Diaspora: Race, Class, and Latino Politics in Puerto Rican Orlando maps the geography and history of Orlando’s Puerto Rican diaspora community as it analyzes disparate memories and experiences of race, class, and place among Puerto Ricans and other Latinxs in Orlando. It situates these differences in Orlando’s historically black-white racial landscape, post-1960s claims to “color-blindness,” and neoliberal celebrations of individual achievement in an emerging multiculturalism. Through a detailed ethnographic account of Orange County’s 2011 redistricting process, readers can follow how all of this plays out in Puerto Rican and Latinx struggles to claim political, social, and economic ground in this Sunbelt space.